Eelde (GRQ) is the fifth largest airport in Netherlands and is based in Groningen. You can fly to 3 destinations with 1 airline in scheduled passenger traffic. 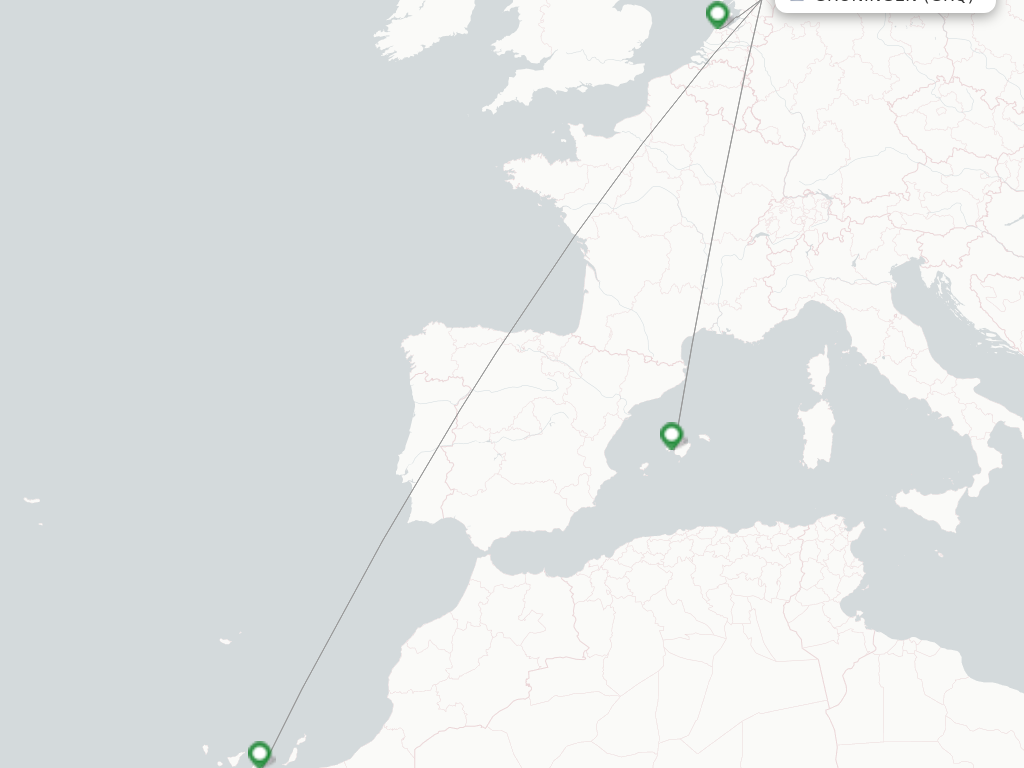 Eelde (GRQ) is the fifth largest airport in Netherlands and is based in Groningen. You can fly to 3 destinations with 1 airline in scheduled passenger traffic.

The most frequently departed route is the route to Las Palmas (LPA) in Spain with an average of 2 flights from Eelde every week which is over 98% of all weekly departures. There are domestic flights to Amsterdam (AMS).

The only airline operating here is TUIfly Netherlands using the Boeing 737.

Most popular destinations from Groningen (GRQ)

1
Boeing 7378 flights with this aircraft type next month