Cambridge (CBG) is a smaller airport in United Kingdom. You can fly to 2 destinations with 1 airline in scheduled passenger traffic. 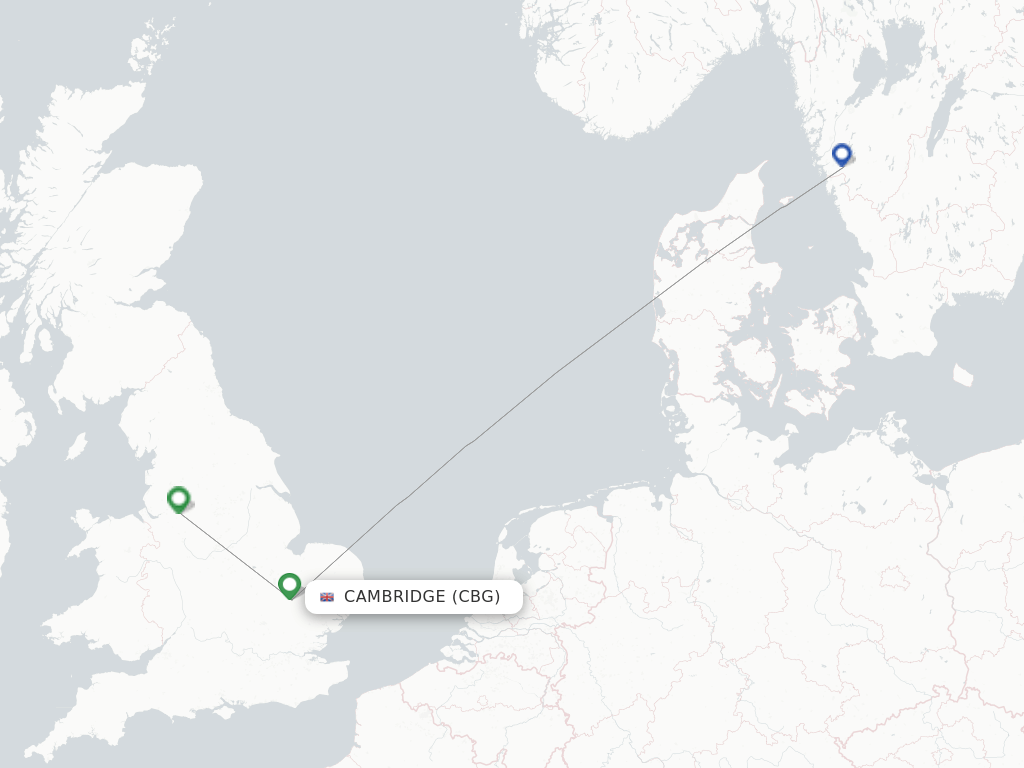 Cambridge (CBG) is a smaller airport in United Kingdom. You can fly to 2 destinations with 1 airline in scheduled passenger traffic.

The most frequently departed route is the route to Gothenburg (GOT) in Sweden with an average of 2 flights from Cambridge every week which is over 51% of all weekly departures. There are domestic flights to Manchester (MAN).

The only airline operating here is British Airways using the Fairchild Dornier 328JET.

Most popular destinations from Cambridge (CBG)

1
Fairchild Dornier 328JET24 flights with this aircraft type next month