Doncaster Sheffield Airport (DSA) is a smaller airport in United Kingdom. You can fly to 20 destinations with 3 airlines in scheduled passenger traffic. 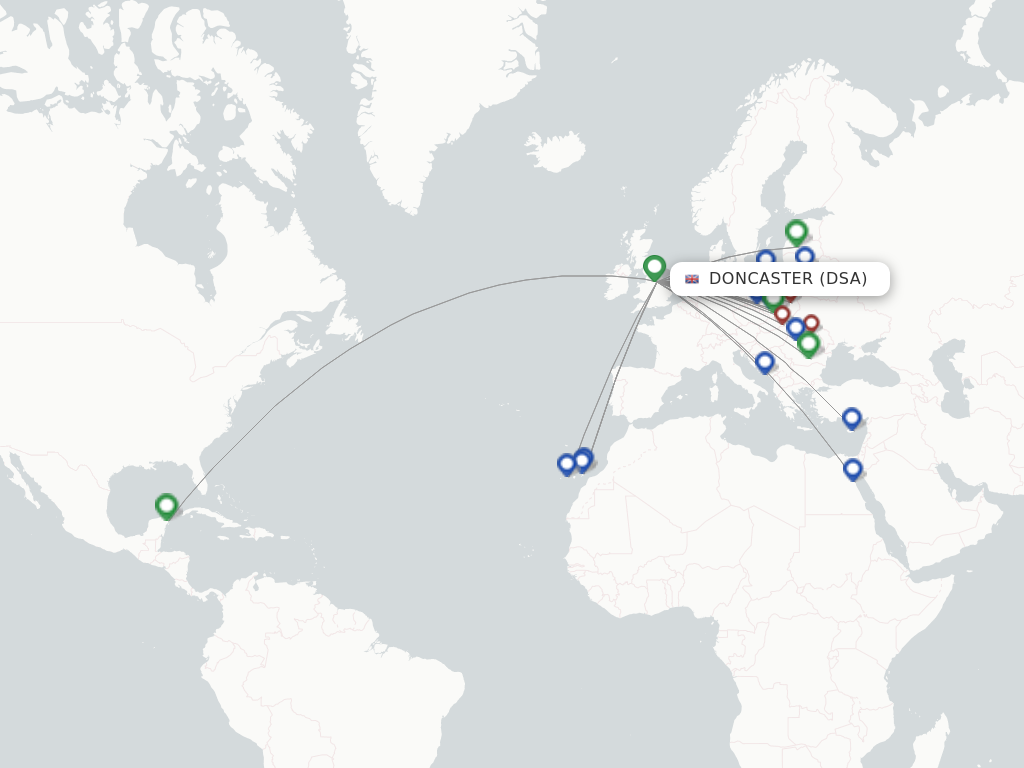 Doncaster Sheffield Airport (DSA) is a smaller airport in United Kingdom. You can fly to 20 destinations with 3 airlines in scheduled passenger traffic.

Wizz Air and TUI are the only airlines operating here where the first accounts for 89% of all departures. A large aircraft operating on this airport is the Boeing 787 Dreamliner. The aircraft types with most scheduled flights are the Airbus A31X/32X and the Boeing 737.

Most popular destinations from Doncaster (DSA)