Atlantic City International (ACY) is a smaller airport in United States. You can fly to 10 destinations with 1 airline in scheduled passenger traffic. 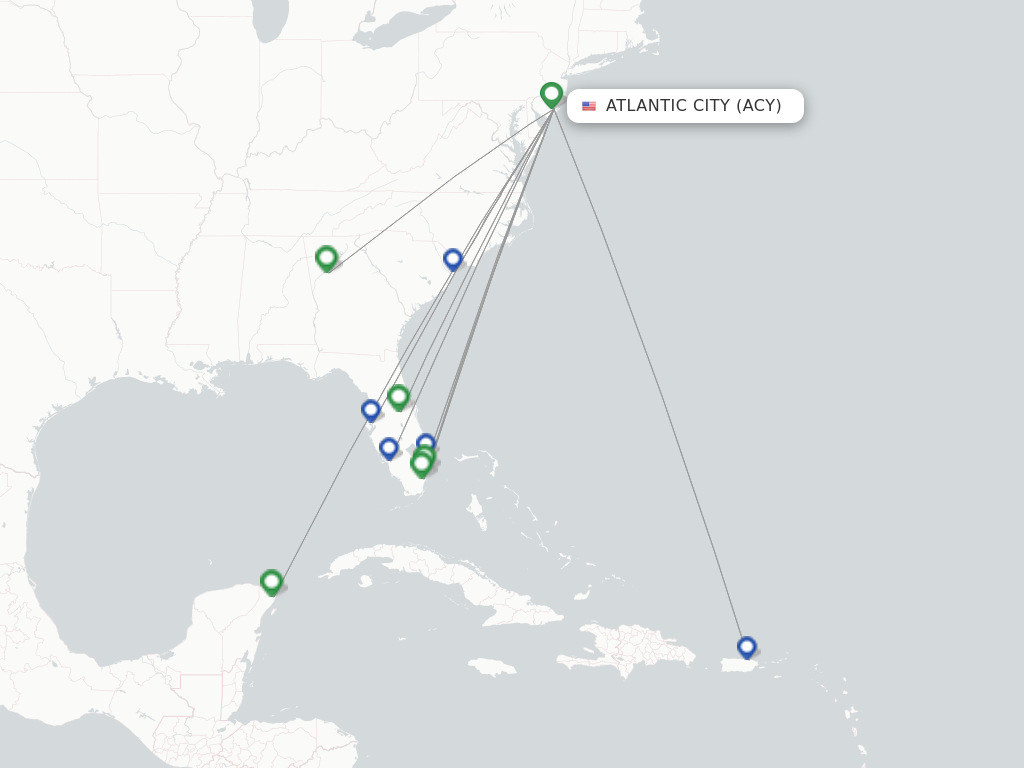 Atlantic City International (ACY) is a smaller airport in United States. You can fly to 10 destinations with 1 airline in scheduled passenger traffic.

The route with the most departures is the route to Orlando (MCO) with an average of 13 flights from Atlantic City International every week which is 24% of all weekly departures. The one international destination from here is San Juan (SJU) in United States.

The only airline operating here is Spirit Airlines using the Airbus A31X/32X.

1
Airbus A31X/32X246 flights with this aircraft type next month