Central Illinois Rgnl (BMI) is a smaller airport based in Bloomington, United States. You can fly to 9 destinations with 4 airlines in scheduled passenger traffic. 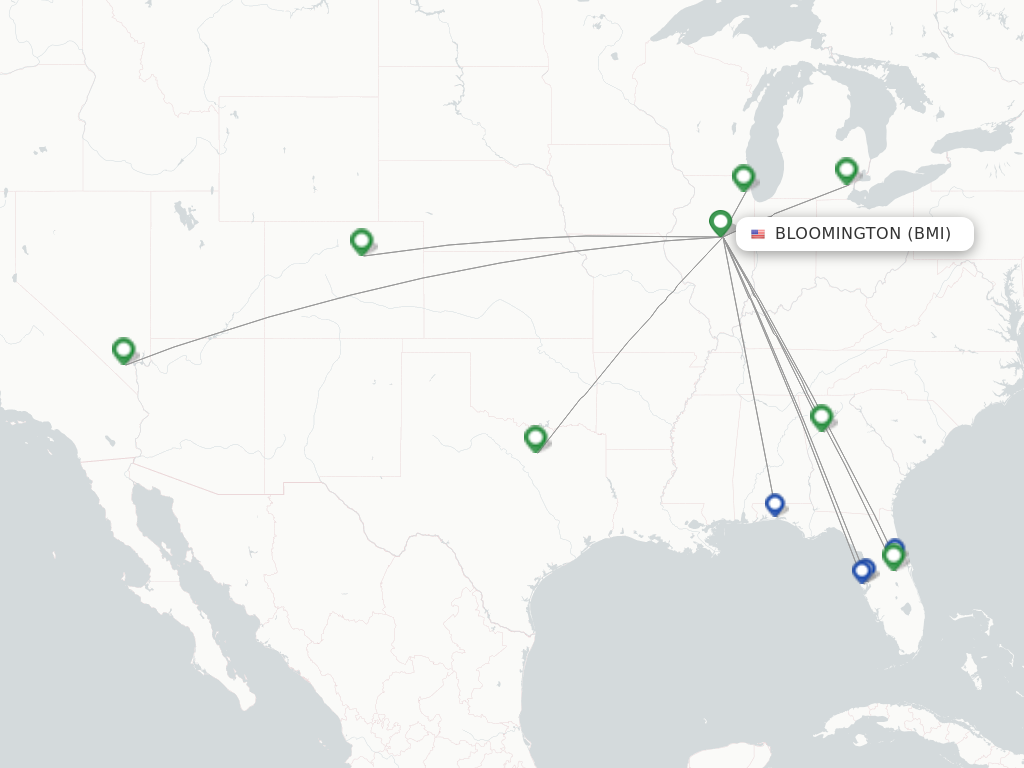 Central Illinois Rgnl (BMI) is a smaller airport based in Bloomington, United States. You can fly to 9 destinations with 4 airlines in scheduled passenger traffic.

American Airlines is the largest airline here by counting the number of departures with around 23 scheduled take-offs every week. The second largest operator from Central Illinois Rgnl is Delta Air Lines. The aircraft types with most scheduled flights are the Bombardier CRJ / Challenger and the Embraer ERJ14X/13X.

Most popular destinations from Bloomington (BMI)