Cayman Brac Is (CYB) is the second largest airport in Cayman Islands. You can fly to 2 destinations with 1 airline in scheduled passenger traffic. 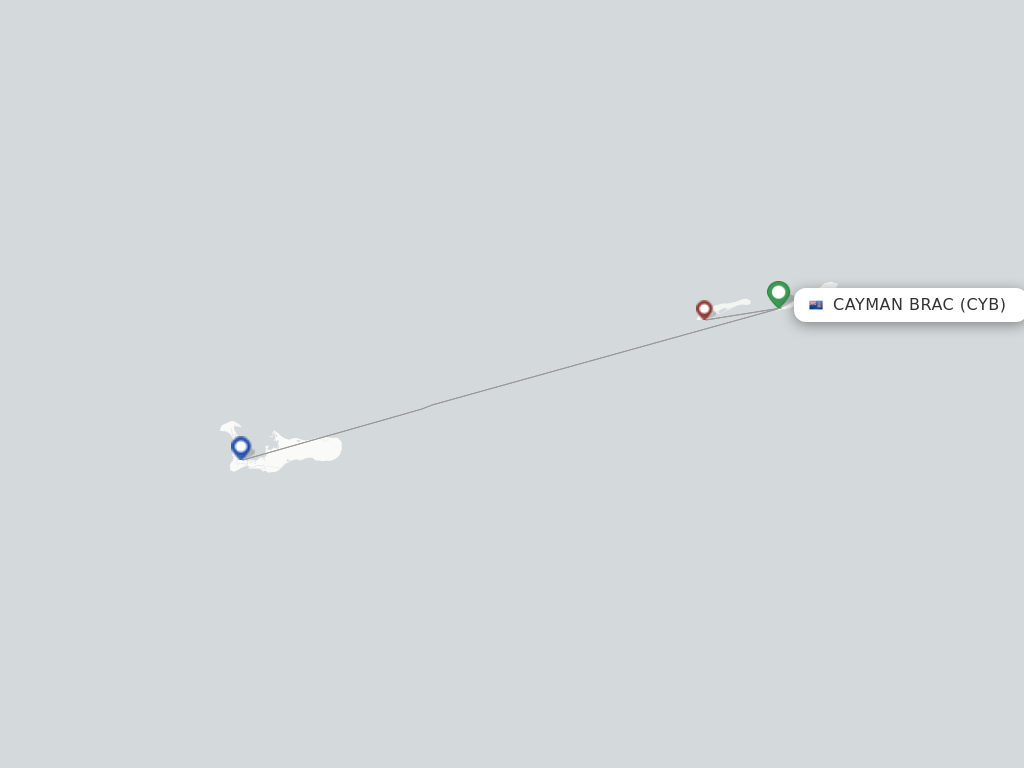 Cayman Brac Is (CYB) is the second largest airport in Cayman Islands. You can fly to 2 destinations with 1 airline in scheduled passenger traffic.

The only airline operating here is Cayman Airways. The aircraft types with most scheduled flights are the Saab 340 and the De Havilland DHC-4.