Sokol (GDX) is a smaller airport based in Magadan, Russia. You can fly to 11 destinations with 5 airlines in scheduled passenger traffic. 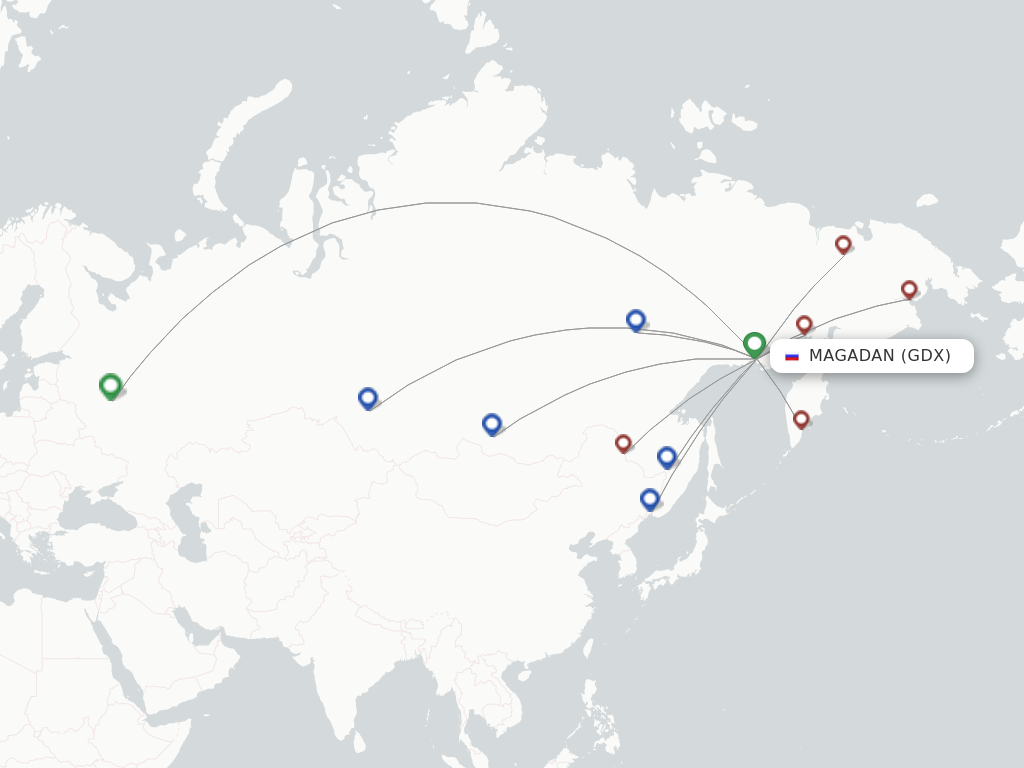 Sokol (GDX) is a smaller airport based in Magadan, Russia. You can fly to 11 destinations with 5 airlines in scheduled passenger traffic.

The route with the most departures is the route to Keperveyem (KPW) with an average of 7 flights from Sokol every week which is 20% of all weekly departures. As far as we know there are no international flights from Sokol. The two longest flights are Magadan (GDX) to Moscow (SVO) that takes around 7 hours and 40 minutes and Magadan (GDX) to Novosibirsk (OVB) with a flight time of 5 hours and 40 minutes.

IrAero is the largest airline here by counting the number of departures with around 13 scheduled take-offs every week. The second largest operator from Sokol is Aeroflot. A large aircraft operating on this airport is the Boeing 777. The aircraft types with most scheduled flights are the Airbus A31X/32X and the Antonov An-24.

Most popular destinations from Magadan (GDX)