Granada (GRX) is a smaller airport in Spain. You can fly to 11 destinations with 3 airlines in scheduled passenger traffic. 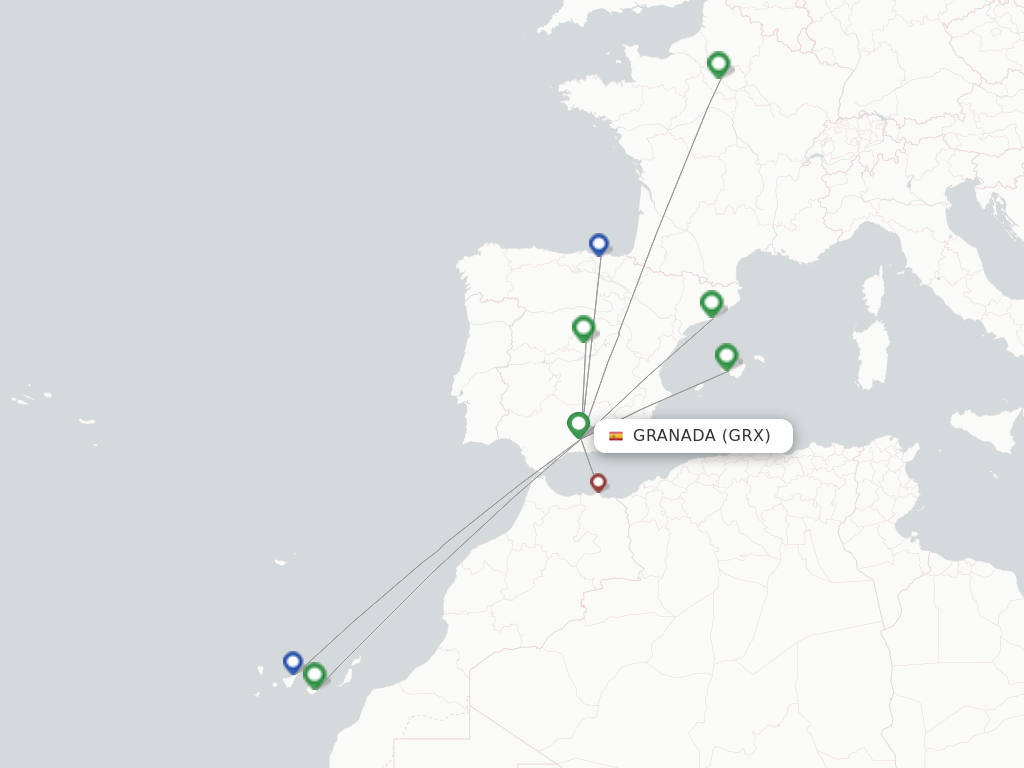 Granada (GRX) is a smaller airport in Spain. You can fly to 11 destinations with 3 airlines in scheduled passenger traffic.

The route with the most departures is the route to Barcelona (BCN) with an average of 25 flights from Granada every week which is 35% of all weekly departures. There are international flights to London (LGW) and Paris (ORY).

Vueling is the largest airline here by counting the number of departures with around 42 scheduled take-offs every week. The second largest operator from Granada is Iberia. The aircraft types with most scheduled flights are the Airbus A31X/32X and the Bombardier CRJ / Challenger.

Most popular destinations from Granada (GRX)