Gunnison - Crested Butte (GUC) is a smaller airport in United States. You can fly to 3 destinations with 2 airlines in scheduled passenger traffic. 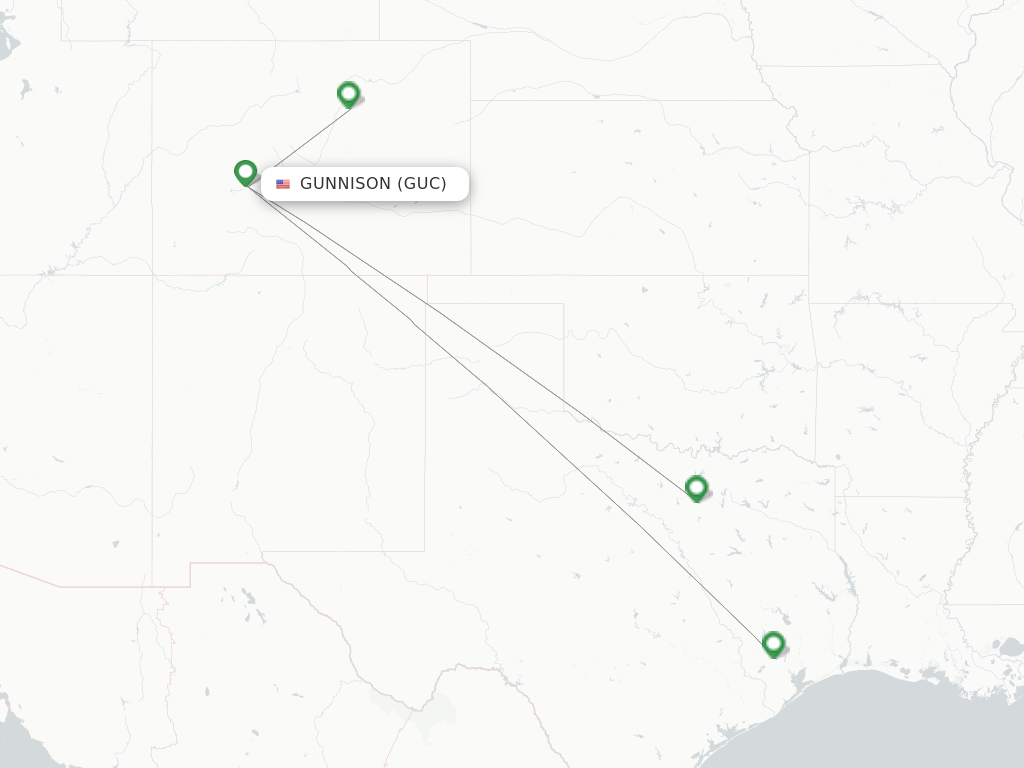 Gunnison - Crested Butte (GUC) is a smaller airport in United States. You can fly to 3 destinations with 2 airlines in scheduled passenger traffic.

United Airlines and American Airlines are the only airlines operating here where the first accounts for 81% of all departures. The aircraft types with most scheduled flights are the Bombardier CRJ / Challenger and the Embraer 19X/17X.

Most popular destinations from Gunnison (GUC)

1
Bombardier CRJ / Challenger31 flights with this aircraft type next month