Izumo (IZO) is a smaller airport in Japan. You can fly to 8 destinations with 2 airlines in scheduled passenger traffic. 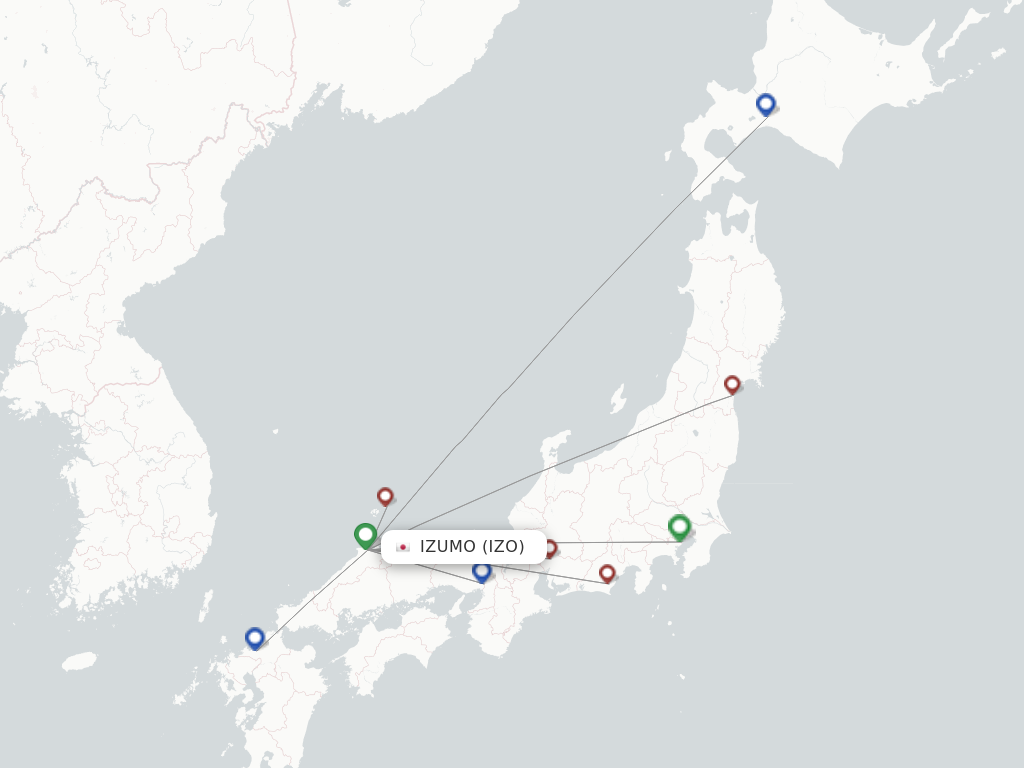 Izumo (IZO) is a smaller airport in Japan. You can fly to 8 destinations with 2 airlines in scheduled passenger traffic.

JAL and Fuji Dream Airlines are the only airlines operating here where the first accounts for 75% of all departures. A large aircraft operating on this airport is the Boeing 767. The aircraft types with most scheduled flights are the Embraer 19X/17X and the ATR 72/42.

Most popular destinations from Izumo (IZO)