Grabtsevo Airport (KLF) is a smaller airport based in Kaluga, Russia. You can fly to 7 destinations with 3 airlines in scheduled passenger traffic. 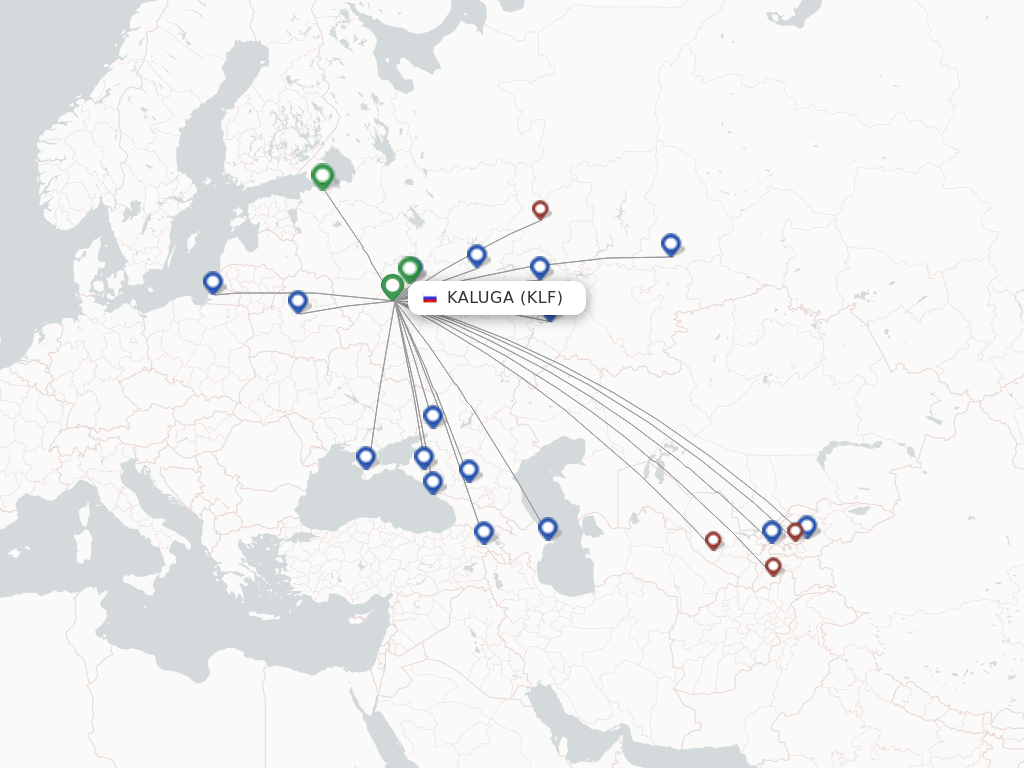 Grabtsevo Airport (KLF) is a smaller airport based in Kaluga, Russia. You can fly to 7 destinations with 3 airlines in scheduled passenger traffic.

The route with the most departures is the route to Kaliningrad (KGD) with an average of 3 flights from Grabtsevo Airport every week which is 38% of all weekly departures. The one international destination from here is Simferopol (SIP) in Ukraine.

The only airline operating here is Azimuth Airlines using the Sukhoi Superjet 100-95.

Most popular destinations from Kaluga (KLF)