Hoolehua (MKK) is a mid-sized airport in United States. You can fly to 6 destinations with 1 airline in scheduled passenger traffic. 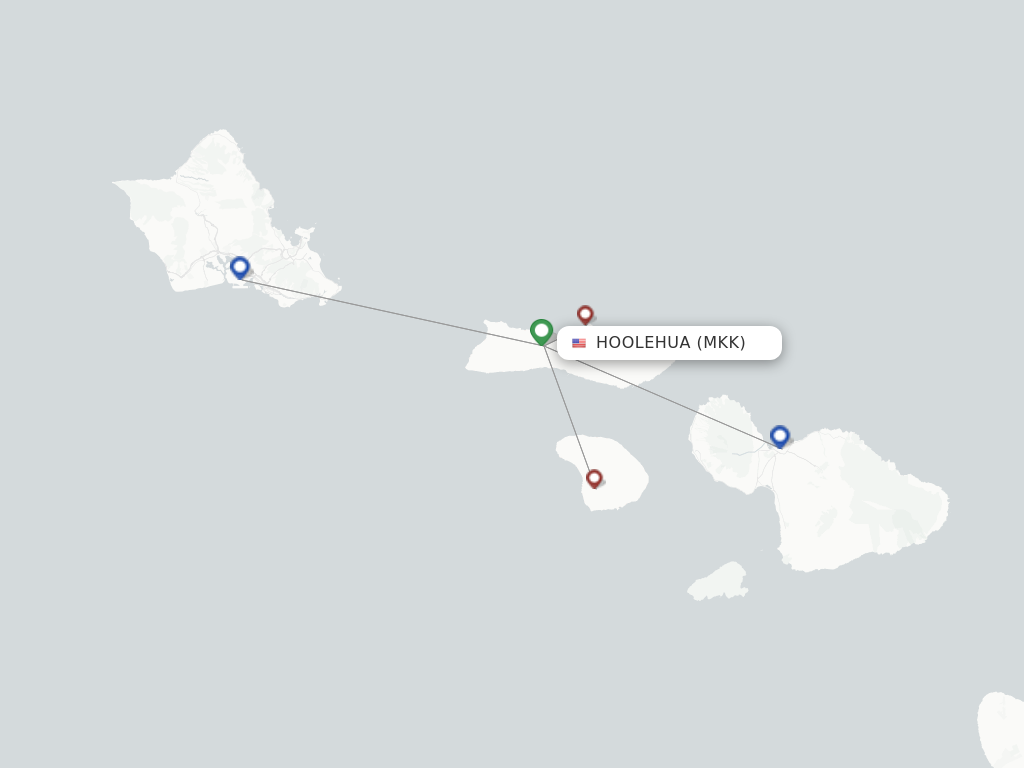 Hoolehua (MKK) is a mid-sized airport in United States. You can fly to 6 destinations with 1 airline in scheduled passenger traffic.

The only airline operating here is Southern Airways Express. Two types of aircrafts are in use. The Cessna Light aircraft and the Saab 340.

Most popular destinations from Hoolehua (MKK)