Melbourne International (MLB) is a smaller airport in United States. You can fly to 9 destinations with 4 airlines in scheduled passenger traffic. 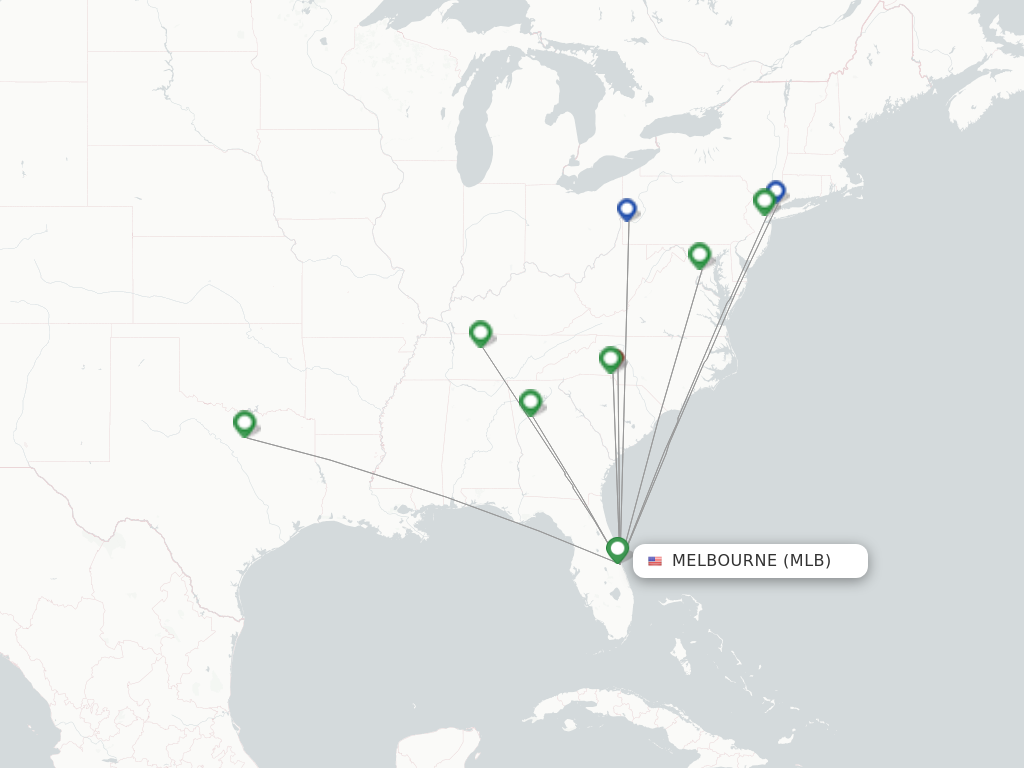 Melbourne International (MLB) is a smaller airport in United States. You can fly to 9 destinations with 4 airlines in scheduled passenger traffic.

The route with the most departures is the route to Atlanta (ATL) with an average of 23 flights from Melbourne International every week which is 50% of all weekly departures. The top international destinations from here are Toronto (YYZ) and Halifax (YHZ).

Delta Air Lines is the largest airline here by counting the number of departures with around 23 scheduled take-offs every week. The second largest operator from Melbourne International is American Airlines. The aircraft types with most scheduled flights are the Bombardier CRJ / Challenger and the Airbus A31X/32X.

Most popular destinations from Melbourne (MLB)