Mammoth Yosemite Airport (MMH) is a smaller airport based in Mammoth Lakes, United States. You can fly to 3 destinations with 1 airline in scheduled passenger traffic. 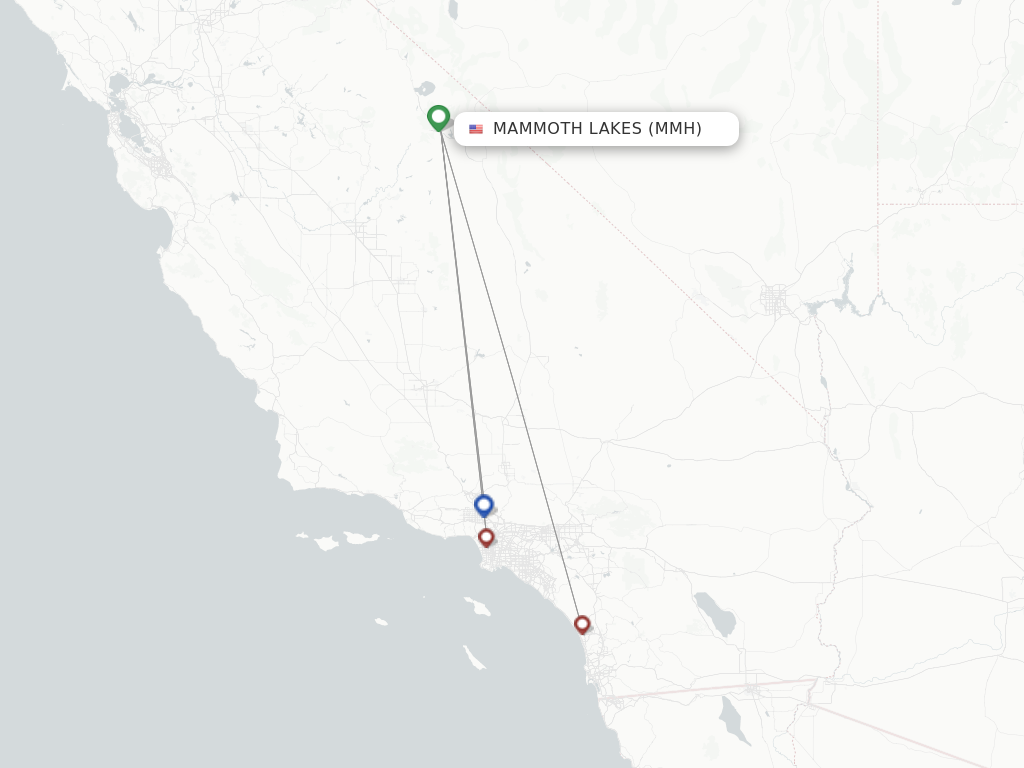 Mammoth Yosemite Airport (MMH) is a smaller airport based in Mammoth Lakes, United States. You can fly to 3 destinations with 1 airline in scheduled passenger traffic.

The only airline operating here is Advanced Air. Two types of aircrafts are in use. The Fairchild Dornier 328JET and the Hawker Beechcraft Light aircraft.