Zonguldak (ONQ) is a smaller airport in Turkey. You can fly to 3 destinations with 2 airlines in scheduled passenger traffic. 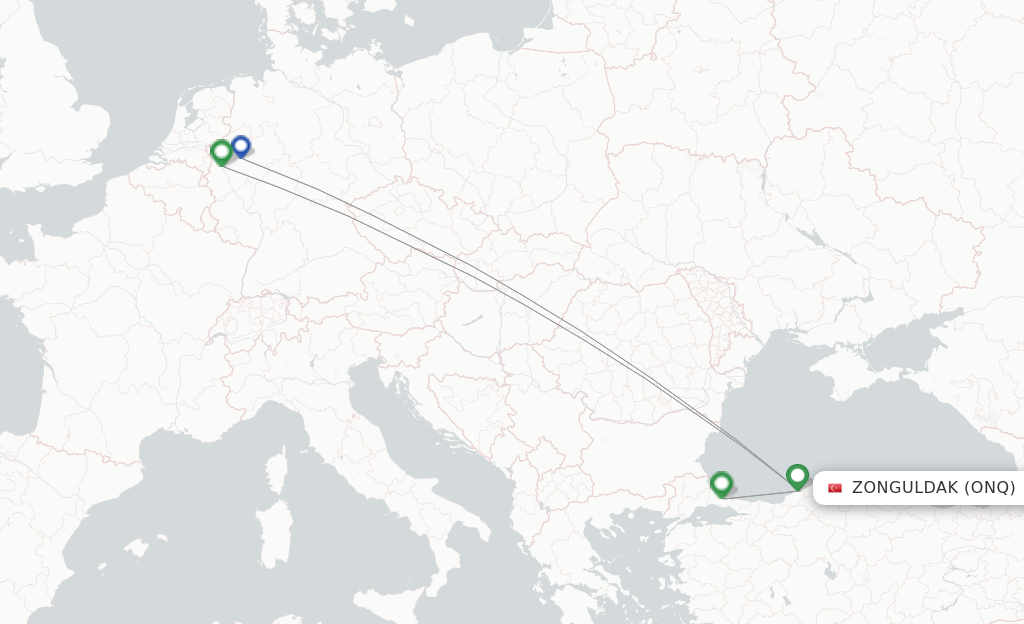 Zonguldak (ONQ) is a smaller airport in Turkey. You can fly to 3 destinations with 2 airlines in scheduled passenger traffic.

The most frequently departed route is the route to Dusseldorf (DUS) in Germany with an average of 3 flights from Zonguldak every week which is over 51% of all weekly departures. There are domestic flights to Istanbul (IST).

SunExpress and Turkish Airlines are the only airlines operating here where the first accounts for 60% of all departures. Two types of aircrafts are in use. The Boeing 737 and the Airbus A31X/32X.

Most popular destinations from Zonguldak (ONQ)