Crown Point (TAB) is the second largest airport in Trinidad and Tobago and is based in Scarborough. You can fly to 6 destinations with 4 airlines in scheduled passenger traffic. 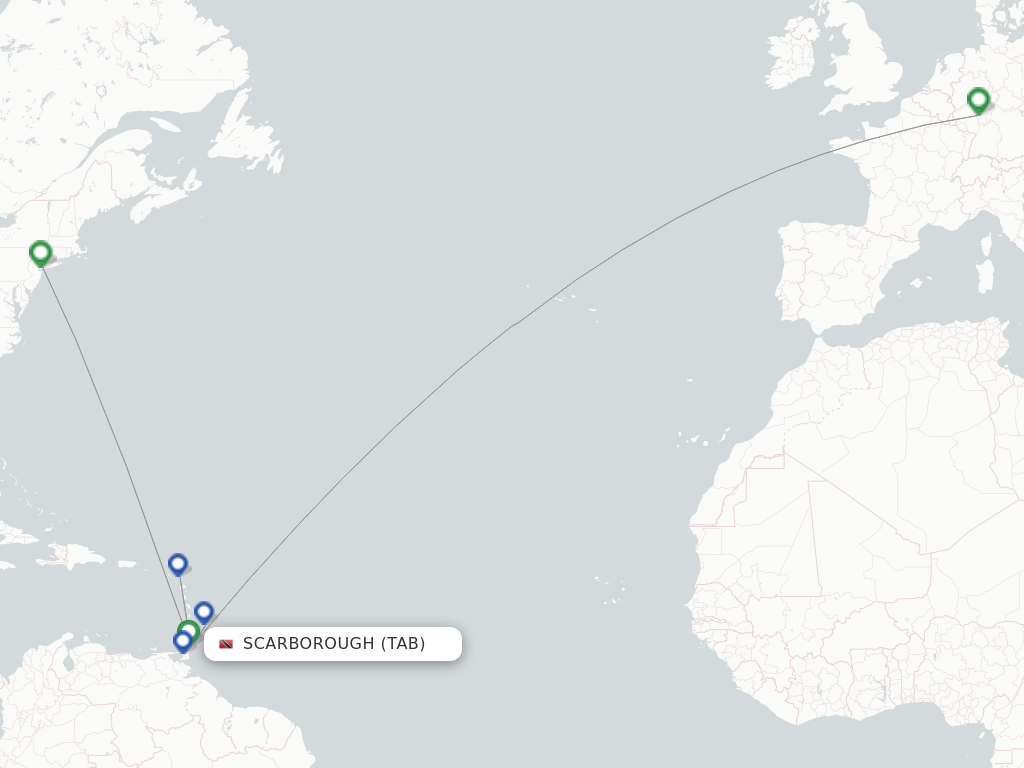 Crown Point (TAB) is the second largest airport in Trinidad and Tobago and is based in Scarborough. You can fly to 6 destinations with 4 airlines in scheduled passenger traffic.

The route with the most departures is the route to Port-Of-Spain (POS) with an average of 98 flights from Crown Point every week which is over 94% of all weekly departures. The top international destinations from here are Bridgetown (BGI) and St. John's (ANU). The two longest flights are Scarborough (TAB) to Frankfurt (FRA) that takes around 9 hours and 35 minutes and Scarborough (TAB) to New York (JFK) with a flight time of 5 hours and 5 minutes.

Caribbean Airlines is the largest airline here by counting the number of departures. With around 101 scheduled take-offs every week, that's about 57 times as many as the second biggest airline, Virgin Atlantic. Larger aircrafts on this airport are Boeing 777, Airbus A330 and the Boeing 787 Dreamliner. The aircraft types with most scheduled flights are the ATR 72/42 and the Boeing 737.

Most popular destinations from Scarborough (TAB)