Kobe (UKB) is a mid-sized airport in Japan. You can fly to 13 destinations with 3 airlines in scheduled passenger traffic. 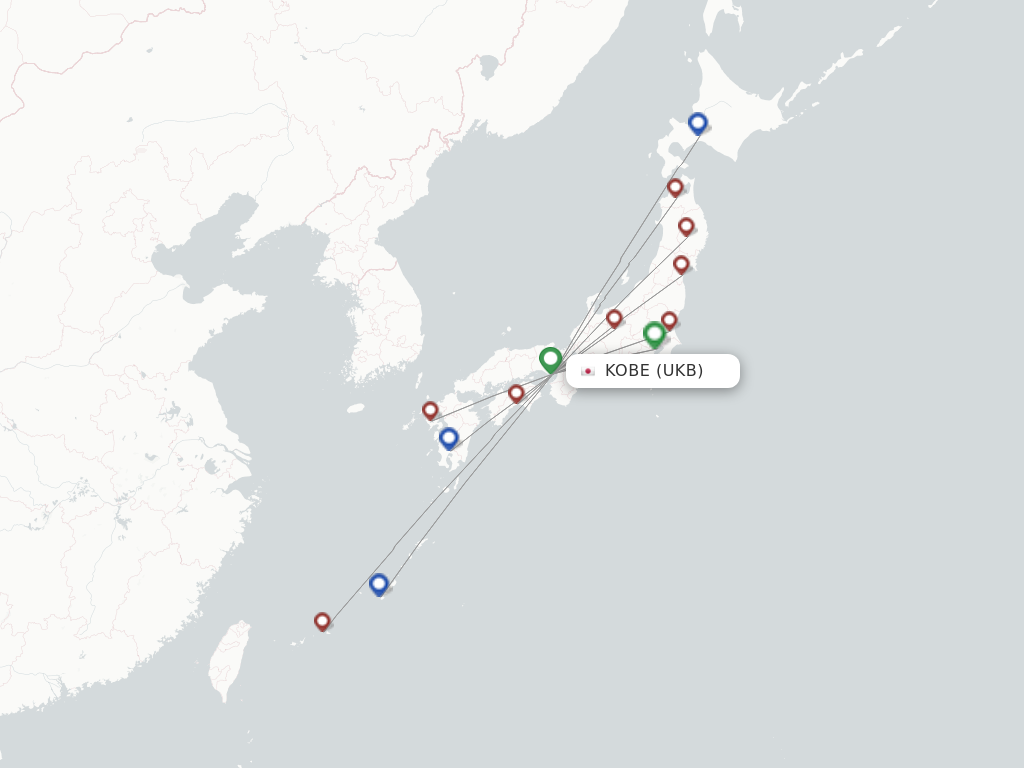 Kobe (UKB) is a mid-sized airport in Japan. You can fly to 13 destinations with 3 airlines in scheduled passenger traffic.

Skymark Airlines is the largest airline here by counting the number of departures. With around 169 scheduled take-offs every week, that's about 3 times as many as the second biggest airline, ANA. A large aircraft operating on this airport is the Boeing 767. The aircraft types with most scheduled flights are the Boeing 737 and the Embraer 19X/17X.

Most popular destinations from Kobe (UKB)