Windhoek Hosea Kutako International Airport (WDH) is the largest airport in Namibia. You can fly to 8 destinations with 6 airlines in scheduled passenger traffic. 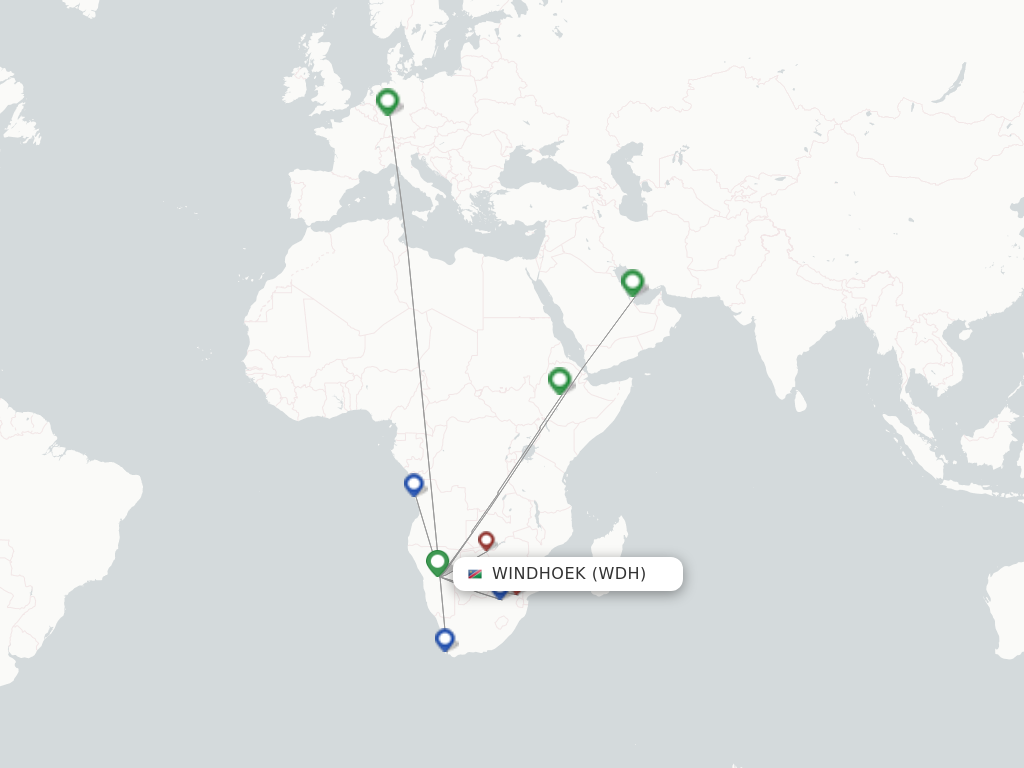 Windhoek Hosea Kutako International Airport (WDH) is the largest airport in Namibia. You can fly to 8 destinations with 6 airlines in scheduled passenger traffic.

The most frequently departed route is the route to Johannesburg (JNB) in South Africa with an average of 25 flights from Windhoek Hosea Kutako International Airport every week which is 37% of all weekly departures. There are no domestic flights scheduled for departing from Windhoek (WDH) as far as we know.The two longest flights are Windhoek (WDH) to Frankfurt (FRA) that takes around 10 hours and 35 minutes and Windhoek (WDH) to Doha (DOH) with a flight time of 8 hours and 40 minutes.

Airlink (South Africa) is the largest airline here by counting the number of departures. With around 40 scheduled take-offs every week, that's about 4 times as many as the second biggest airline, Airbus Transport International. Larger aircrafts on this airport includes the Airbus A330 and the Boeing 787 Dreamliner.The aircraft types with most scheduled flights are the Embraer 19X/17X and the Embraer ERJ14X/13X.

Most popular destinations from Windhoek (WDH)