Red Lake Airport (YRL) is a smaller airport in Canada. You can fly to 7 destinations with 2 airlines in scheduled passenger traffic. 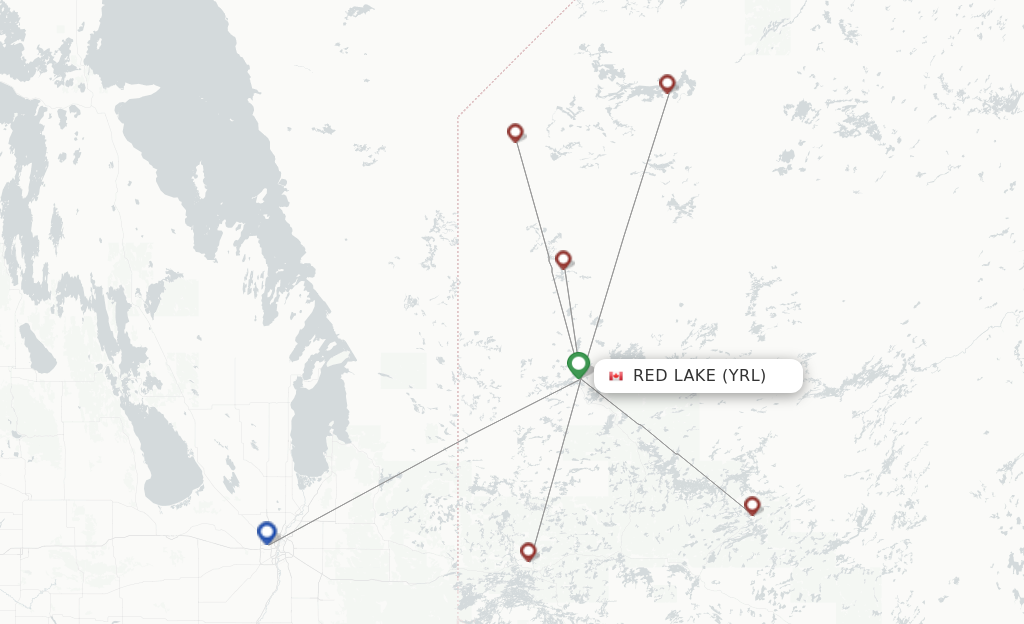 Red Lake Airport (YRL) is a smaller airport in Canada. You can fly to 7 destinations with 2 airlines in scheduled passenger traffic.

Bearskin Airlines and Wasaya Airways are the only airlines operating here where the first accounts for 73% of all departures. Two types of aircrafts are in use. The Fairchild Swearingen SA227/226/26 and the Hawker Beechcraft 1900.